We’re back, folks! Sarah from Good Nightmare joins me on the first of several mid-season episodes on Australian mysteries. Strange lights in the outback have been reported since before the arrival of white settlers. Are the Min Min Lights a natural phenomena, or something paranormal?

While you wait for Relic to come back, you can hear me Thursdays on Sydney’s community radio station 2ser 107.3 where I produce and co-produce the segments: Vegemite Pizza and Five-Minute Mysteries.

If you want to support Relic, you can visit our Patreon. 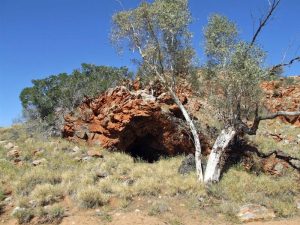 In 1931, a mysterious gentleman named Harold Bell Lasseter convinced the Australian Worker’s union to mount an expedition into the continent’s interior. Their goal was to survey a vein of gold, nearly seven miles long. After the quest ended in disaster, all that remained of Lasseter’s reef was a whole lot of doubt, rumors, and speculation. Who really was H.B. Lasseter? Did his fabled gold even exist? And more importantly, how many Kylie Minogue lyrics can I fit into a single episode?