During the Age of Exploration (Colonization), the Spanish invaded the “New World”, in search of gold and spices. But the conquest was also driven by more outlandish desires: for hundreds of years, legends told of a mysterious spring of eternal life that always existed just outside the margins of the known world. And in the early 1500s, conquistador Ponce De Leon went off in search for it…or did he?

During the 1800s, the rising tide of revolt in South America forced the Viceroy of Lima to move thousands upon thousands of dollars worth of treasure and religious iconography to Mexico. Only, it didn’t make the journey, being stolen during a mutiny and hidden somewhere on Cocos Island, the purported inspiration for Robert Louis Stevenson’s “Treasure Island”. Ever since, the island has carried a reputation for buried pirate treasure…and a dangerous allure. 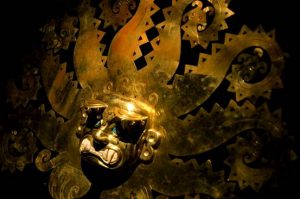 Since the Spanish age of conquest, the inhabitants near the Llanganates region of Ecuador have feared the stories surrounding a massive cache of priceless artifacts hidden somewhere in the mountains. The treasure of the last Incan King carries an especially deadly curse, and those who go looking for it end up vanishing into the jungle or dying…in eerily similar circumstances.

Music by Derek and Brandon Fiechter. Seriously, check their channels out.

And if the true events included in this episode’s final sequence intrigue you, I highly recommend the Thinking Sideways Podcast’s episode that covers this mystery in greater detail.